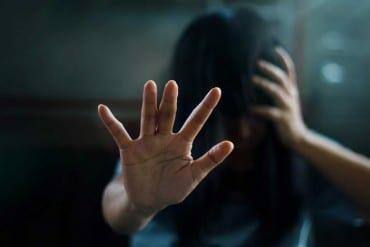 Nearly eight million U.S. adults experience symptoms of post-traumatic stress disorder (PTSD), a serious mental ailment triggered by surviving a harrowing episode. Though its causes and effects are known, research is continuing to try and perfect medicine and other tools to control its symptoms. One such option is a drug called ketamine.

The U.S. Department of Veterans Affairs contends various reactions are common after a trauma, including feeling on edge, disturbing memories, or trouble sleeping. Symptoms can initially interfere with routine life, “But most people start to feel better after a few weeks or months.” Symptoms that continue could lead to PTSD.

WHO DOES IT AFFECT?

PTSD can affect anyone, particularly active duty military, doctors, first responders, nurses – each with greater risk of PTSD than most professions. Children, veterans, and “typical” people from all socioeconomic groups also can suffer PTSD. Fortunately, psychotherapy or medicine like ketamine and other drugs can treat the symptoms for each group.

WHAT ARE PTSD FLASHBACKS?

The CPTSD Foundation says flashbacks “are where one relives a traumatic event while awake. Flashbacks are devastating to those who experience them, as they are suddenly and uncontrollably reliving something that happened in their past.”

People suffering flashbacks time travel, psychologically, to the trauma and relive it in horrific detail.

THE 5 BIGGEST MYTHS ABOUT PTSD

Most people who think about PTSD imagine battle-hardened combat veterans. While PTSD frequently affects veterans — according to some estimates, anywhere between 11 and 30 percent of soldiers will have PTSD in their lives — anyone can experience the disorder. In fact, about eight million Americans deal with PTSD every year, most of whom are not active-duty military or veterans.

Sadly, traumatic experiences are very commonplace. The U.S. Department of Veterans Affairs says that about 50 percent of females and 60 percent of males suffer at least one trauma during their lives. Traumatic episodes can include physical assault, sexual assault, child abuse, accidents, combat, natural disaster, or being a witness to injury or death.

PTSD, like all mental ailments, cannot be described as a character flaw. Some people who experience PTSD can be susceptible due to a genetic tendency to the condition — like a genetic predisposition to cardiovascular disease. Others may come down with PTSD because the trauma they suffered was especially gruesome, or because the traumatic episode persisted for a long time.

Hollywood replays the classic movie trope film after film — a character experiencing PTSD forgets that the war is over and viciously lashes out at those around him. The truth, however, is that neither aggression nor psychosis is a calling card of PTSD.

Mental disorders like PTSD are not curable, but most can be treated. Researchers and clinicians have discovered multiple treatment options: Psychotherapy, group therapy, self-help, hospitalization, antidepressants, and treatments such as ketamine infusion therapy.

HOW TO COPE WITH PTSD FLASHBACKS

WHAT TREATMENT IS KNOWN TO WORK?

According to the U.S. Department of Veterans Affairs, most people who experience PTSD benefit from different kinds of trauma-focused psychotherapies like cognitive processing therapy, group therapy, and self-help. Research with military veterans and other groups have shown promising results in managing trauma symptoms through the application of ketamine, when dispensed through an IV at low doses. If you or a loved one has dealt with trauma and are feeling some of the symptoms of PTSD we can help. Contact us today to learn more about the clinical use of ketamine to help treat PTSD.

IV Therapy: How to Boost Your Metabolism

As a child, you seemed to eat all the time. Your uncle jokingly referred to you as treating holiday meals like a marathon and not

How To Support Someone With Bipolar Disorder

Bipolar disorder can be challenging to live with, both for those suffering from the condition and their loved ones. It can be even more challenging

How Does Ketamine Help Where Antidepressants Don’t?

Ketamine is a medication that has been used for decades as an anesthetic. More recently, it has been found to be helpful in treating depression,

IV vitamin therapy is a type of treatment that involves administering vitamins and other nutrients directly into the bloodstream through an intravenous (IV) line. This