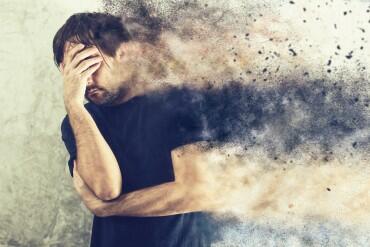 Currently, there is an unmet need for the development of rapid-acting antidepressants aimed at treatment-resistant patients with either major depressive disorder (MDD) or bipolar disorder. A review of existing treatment options, as well as future possibilities, was published in Psychiatry and Clinical Neurosciences.

Approximately 320 million people worldwide are affected by MDD, with a noted >18% increase in MDD incidence between 2005 and 2015.1 Currently available antidepressants present several treatment limitations, including long-time lags and low response rates. Additionally, it is estimated that 30% of patients with MDD are refractory to currently available antidepressants.

“[T]here exists an unmet medical need for rapidly acting novel antidepressants that are also effective in treatment-resistant patients and in patients with suicide ideation,” wrote Kenji Hashimoto, PhD, of the Division of Clinical Neuroscience at Chiba University Center for Forensic Mental Health in Chiba, Japan.1“[T]here is also an unmet medical need for treatment options for refractory patients with bipolar depression, indicating one of the most important issues faced by psychiatrists and researchers.”

Could Ketamine Be the Answer?
Recent research has revealed the “robust” antidepressant and antisuicidal effects of ketamine, an N-methyl-D-aspartate receptor (NMDAR) antagonist in patients with treatment-resistant MDD or bipolar disorder.1

“The discovery of the robust antidepressant actions of ketamine is regarded as the greatest advancement in mood disorder research in the past 60 years,” Dr Hashimoto noted.

First synthesized in 1962, compound CI-581, currently known as ketamine, was introduced as a short-acting anesthetic drug.1 However, side effects of ketamine use included psychotomimetic effects, disassociation, derealization, visual hallucinations, and out-of-body experiences.1

In 2000, researchers at Yale University first reported the rapidly acting antidepressant effects of ketamine in patients with MDD.3 This double-blinded, placebo-controlled trial was followed by subsequent studies that were able to replicate the antidepressant actions in this patient population.1 A 2013 study4 found that compared with midazolam-treated patients, ketamine-treated patients “showed greater improvement in depressive symptoms.”1,4 Similar research also indicated that ketamine therapies lowered suicidal ideation.4

Side Effects of Ketamine and Determining Ideal Candidates

Despite the positive treatment outcomes with ketamine in both MDD and bipolar disorder, detrimental side-effects with ketamine treatment have been noted.1 For this reason, it is necessary to identify predictable biomarkers that can distinguish ketamine responders and nonresponders.1,5

Changes in several proinflammatory cytokines were also noted following ketamine injection in patients with treatment-resistant MDD.1 However, Dr Hashimoto notes that future studies, including large sample sizes, are needed to confirm the potential of these so-called predictable biomarkers.1

A 2016 study8 found that the generation of (2R,6R)-hydroxynorketamine (HNK) is “essential for (R,S)-ketamine’s antidepressant actions in rodents.”1 This finding was supported in additional research, which demonstrated, for example, that intracortical administration of (2R,6R)-HNK “displayed sustained antidepressant-like activity in socially isolated mice.”1

In a similar mechanism to ketamine, (2R,6R)-HNK may enhance structural plasticity via AMPA receptor-dependent brain-derived neurotrophic factor.1 Although (2R,6R)-HNK may also affect synaptic plasticity in N-acetyl cysteine and dopaminergic neurons, it is “unknown whether these actions … are associated with its antidepressant actions,” according to Dr Hashimoto.1 “Further study is necessary to assess the role of [the] dopaminergic system in the antidepressant actions of ketamine and (2R,6R)-HNK.”1

Route of Administration for Ketamine

Researchers have continued to examine the route of administration of ketamine, including intracerebroventricular pathways, resulting in discrepancies in the effects of ketamine and the metabolization of the drug.1

“Although the reasons underlying these discrepancies remain unclear, variations in the strain, species, or experimental conditions may contribute to these discrepancies,” Dr Hashimoto noted.1 “More interestingly, healthy control subjects showed significant increases in depressive symptom[s] for up to 1 day after a single ketamine infusion, suggesting that ketamine does not produce antidepressant effects in healthy control subjects.”1

Other NMDAR Antagonists for MDD

Modeled after the rapid antidepressant effects associated with ketamine, researchers have begun studying the application of other NMDAR antagonists for treatment of MDD.1 One such drug is memantine, a “low-to-moderate-affinity NMDAR antagonist” used to treat Alzheimer disease.1Lanicemine is a low-trapping NMDAR antagonist that is pharmacologically similar to ketamine, but in a phase-2b trial did not show antidepressant actions in patients with treatment-resistant MDD.1

Conversely, rapastinel showed antidepressant like actions in rodent studies, without the ketamine like side effects. “A recent study suggests that the positive modulation of NMDAR by rapastinel might should rapid and sustained antidepressant effects,” Dr Hashimoto noted.1 Despite these successes, Allergan announced in early 2019 that 3 phase-3 studies of rapastinel therapy in patients with MDD did not meet primary end points.9

Researchers in the field of mood disorders are looking forward to performing direct comparisons between (R)-ketamine, (S)-ketamine, and (2R-6R)-HNK among patients with depression. The discovery of the antidepressant effects of ketamine was considered “serendipity” in the field of mood disorders.1 The repurposing of old drugs is “increasingly becoming an attractive approach,” Dr Hashimoto noted. “If (R)-ketamine could elicit rapid and sustained antidepressant effects without side effects … it will exemplify drug repurposing from a racemic mixture in the field of psychiatric disorders.”1