How Do You Know if You Have PTSD? 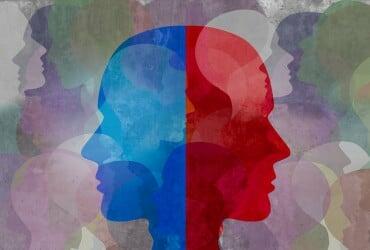 One of the most common questions related to post-traumatic stress disorder is “How do you know if you have PTSD?” It’s a question asked by police officers, soldiers, victims of physical assault, car accident survivors and more, tens of thousands of times every day. Members of the mental health profession have devised a set of 8 criteria that must be met to help determine if a person is suffering from PTSD. Below we’ll go through them one at a time.

8 Criteria for Determining if a Person Has PTSD

Before they will make a diagnosis of PTSD a psychiatrist will ask the following 8 questions of an individual’s case.

Have they been exposed to a traumatic event? – PTSD is always linked to a traumatic event, or a series of traumatic events. Traumatic events are typically defined as being life-threatening. Or those which threaten violence or significant injury. Such as being held up at gun-point. However, it is not always necessary for the person in question to be the one who was assaulted. Things like witnessing someone being murdered or violently assaulted, or witnessing the immediate aftermath of a violent car crash can also trigger PTSD.

Are they experiencing intrusive symptoms? – Those suffering from PTSD typically relive the event or events over and over. This reliving of the traumatic event typically occurs in a way that intrudes on the individual’s personal life, rather than happening in quiet moments of reflection. If you have been reliving a traumatic event in one or more of these ways you may be suffering from PTSD:

Do they avoid trauma-related stimuli? – Reliving a traumatic event is never an easy thing for a person to experience. For this reason, many of those who suffer from PTSD avoid the place where the event took place. They also tend to avoid other stimuli that might cause memories of the event or events to stir. This type of avoidance is often seen by therapists in police, firefighters, EMTs, and survivors of traumatic car accidents and physical assault. It is often the first inkling others may have that something is not right with their friend or family member.

● An intense desire to place blame on themselves or others for the event
● A sense of detachment from others
● Strong, persistent negative emotions as a kind of default state of being
● Routine negative assumptions about the world and perhaps themselves
● An inability or unwillingness to remember important aspects of the event
● A loss of interest in activities they used to enjoy
● A difficult time conjuring positive emotions or feelings

Do they experience trauma-related arousal? – Trauma-related arousal typically takes two forms: either the person is more or less always irritable and angry, or they are constantly on guard. They may be easily startled and jump if touched on the shoulder or if someone enters the room unexpectedly. The constant heightened state of alert may make it difficult for them to get enough sleep or to focus on other things like their job.

Do the symptoms create significant distress, impairment or conflict in the person? – In order for a diagnosis of PTSD to be made, the symptoms must interfere with the person’s day-to-day life in a significant way. If a person finds themselves unable to perform their job or maintain personal relationships due to the above-described symptoms they may be suffering from PTSD.

How do You Know if You Have PTSD: Conclusion

If you’ve been wondering whether you may have PTSD and believe a number of the above criteria apply to you, talk to a mental health professional. If/when the discussion turns to treatment don’t forget to ask about ketamine. It’s shown surprising efficacy as a treatment for PTSD.

Though known worldwide as a powerful anesthetic and pain reliever, Ketamine is also a promising new treatment for mood disorders. Some doctors are even calling it the biggest breakthrough in depression treatment in half a decade. Research maintains that up to 80% of patients may find relief when undergoing a series of IV Ketamine infusions.

PrevPreviousCan Chronic Pain Cause High Blood Pressure?
NextCOVID-19 What We’re Doing to Help Our Patients During This TimeNext